Cutting-edge technology and the spirit of Honda

Our fundamental design philosophy seeks to maximise space and comfort for people, while minimising the space required for mechanical components. With this aim in mind, Honda's R&D activities include product-specific development and fundamental research.

Let's talk about few of the advanced technologies that we have: 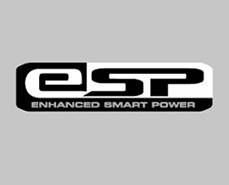 At the heart of #AQuietRevolution that drives every BS-VI Honda two-wheeler is the technological revolution - Enhanced Smart Power (eSP) NEW.

Enhanced Smart Power (eSP) is an integration of the following:

In keeping with its strategic approach of Mileage Up for maximizing customer satisfaction, Honda launched the all new Honda Eco technology in 2013, making the Most Fuel Efficient two wheelers in India!
The new Honda Eco Technology boosts fuel efficiency of Honda's products resulting in a Dream Mileage (Mileage based on internal Honda test ride mode that is close to actual city riding conditions). This revolutionary mileage benchmark is yet another milestone from Honda.
Forming the crux of the revolutionary Honda Eco Technology is the trio of improved combustion, significantly reduced friction and optimized transmission in Honda engine:

Generally, it is not easy to control a 2-wheeler while braking during emergencies and bad road conditions. This system not only allows easy & simultaneous operation of the front & rear brake but also provides optimal braking performance. Once the left side brake lever is pressed, the system distributes the appropriate braking power between the front and rear wheels, which assures complete safety for the rider. 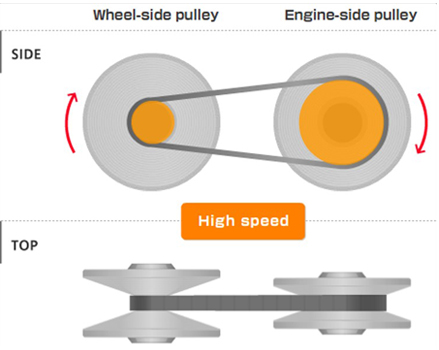 The compact, efficient & oil pressure controlled Honda Matic Transmission is the world's first fully automatic transmission system, which delivers a dynamic combination of torque & excellent accelerator response for a constant and superior driving experience. The transmission is being used in Honda's all terrain vehicles. Honda is working hard to introduce this Honda matic in two-wheelers.

Honda has created an advanced Idle Stop System (Image is on the left side) that reduces fuel consumption while totally blocking out toxic exhaust gas and unwanted noise. It enables the engine to stop automatically for 3 seconds after the vehicle stops moving. And when the throttle is opened, the vehicle engine restarts and takes off smoothly. 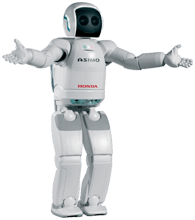 Introduction to the Future

ASIMO is a symbol of Honda's advanced technology, and a member of Honda's fourth line of mobility creations, after motorcycles, automobiles and general power products. ASIMO is an achievement in the evolution of 'Human Walk' technology. This technology, called I-Walk, enables ASIMO to move back and forth, vary its pace, step right and left and walk along an '8' shape path. ASIMO can also move in more complex ways, such as waving its hands while walking.This humanoid robot has put Honda at the front of cutting edge technology that promises to improve the quality of our lives. To know more about ASIMO 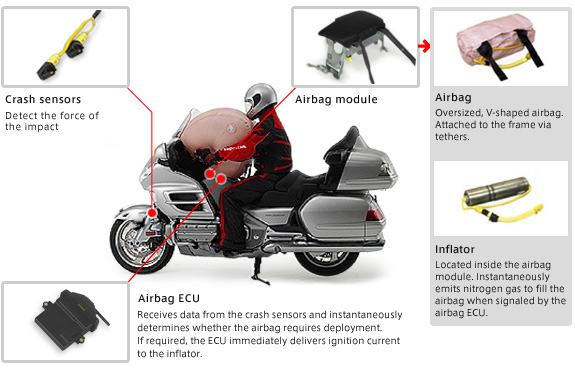 The Honda Airbag System is designed to function in a frontal collision in which the rider is likely to be thrown forward, helping to lessen the severity of the rider’s injuries. Honda developed an oversized, V-shaped airbag that offers increased stability as the rider comes into contact with it. Honda unveiled its production motorcycle airbag technology in 2005, followed by the release in 2006 of the Gold Wing Airbag, a production bike equipped with the world’s first motorcycle airbag.